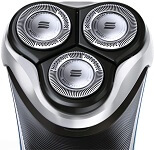 By taking care of your electric razor, you only get to save on replacement costs but you would also be able to achieve a clean shave with every use.

While the initial purchase price of an electric razor is considerably higher when compared to a traditional razor, the benefits are quite significant in the long run.

With proper care and maintenance, your electric razor should last for many years and still offer almost the same top-notch performance as when it was newly bought.

In this piece, you will find the top maintenance tips that will help you properly care for your electric razor.

This is by far the most important maintenance tip to follow. Build-up of hair clipping, dirt, dead skin, and other particles are the biggest culprits that cause damage to the blades and foil of an electric shaver.

Not only that, they make the electric shaver favorable for bacteria to thrive.

The particles will clog the razor putting more stress on the motor. This means you won’t get a clean cut with every use, rather the razor will put on your hair leading to a poor and painful shaving experience.

Cleaning your razor frequently would not only help with clean smooth shaves with every use but will also reduce the risk of bacterial infections.

Some electric razors come with an automatic cleaning station but if yours doesn’t come with one, then you would have to clean it right after every use.

How you do this would depend on the waterproof capability of your razor. If your razor is waterproof then you can clean it right under a running tap.

If not, then you would have to refer to the instructions of the manufacturer to get it cleaned correctly.

As stated earlier, where you store your electric razor will have an effect on the battery which will also determine the lifespan of the razor.

You should store the razor in a cool place away from harsh temperatures that could cause the parts of the razor to heat up, especially its battery.

Also, avoid extremely cold temperatures as they would still bring about negative effects on the battery.

The constant rubbing together of metal parts could lead to wear which can be prevented by lubrication.

In the razor, the cutting blades rub against the foil or combs which would cause the razor’s parts to wear prematurely meaning you would have to get replacements sooner than expected.

Another problem with friction is that it could generate excessive heat which could lead to irritation.

To solve this, you should always lubricate the blades each time before shaving. Depending on the brand of your razor, you will find a small bottle of clipper oil in the package.

Electric shavers are built to be sturdy and durable so they would last you a long while. However, they are still the most fragile tools ever. This is mostly for the cutting assembly which can be easily damaged.

While dropping the razor is one easy way to damage it, there are other ways that go unnoticed like damages from cleaning the razor

Avoid tapping the foils directly on the sink to remove hair clippings and other particles. Also, do not use any harsh methods to clean the foils to prevent them from getting damaged.

If you’re using a cordless razor, then you’d have to rely on a battery to get power. The issue with cordless electric shavers is that while they give you freedom, the batteries would lose efficiency with years of use.

You can prolong the battery life by not draining it completely instead always maintain a low battery level of up to 30%.

Also, store your razor in a cool place and avoid areas with high temperatures that could have a negative impact on the battery.